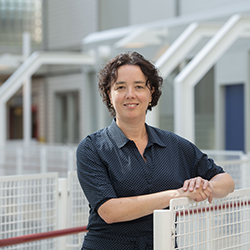 Aniek Jansen, Pieter Vader and Ynte Ruigrok receive a one-and-a-half-million-euro ERC Starting Grant. This European grant is awarded to promising researchers who have the potential to become independent research leaders.

Aniek works at the Center for Molecular Medicine and investigates how cells protect themselves against DNA damage. DNA damage can be caused by biological processes in our body, such as metabolism, and by external influences, such as UV radiation from the sun. Each cell is damaged several thousand to one million times a day, which can cause DNA damage. This is why DNA repair mechanisms are constantly at work to repair as much damage as possible. If this is not done properly, it can lead to changes in the DNA that can eventually contribute to the development of diseases, such as cancer.

Fruit flies with DNA damage
Aniek: "The DNA is wrapped in the cell nucleus. Some pieces of DNA there are more compactly wrapped than other pieces of DNA. My research focuses mainly on the question of whether the degree of 'DNA density' has an effect on the repair of DNA damage. For example, whether other processes are needed to repair 'compact DNA' than 'open DNA'. I'm studying this using fruit flies. I have cultivated fruit flies in which I can make one break in each cell, either in compact DNA or in open DNA. This allows me to see in living tissue how DNA is being repaired and whether there are differences between different pieces of DNA." In the long term, her research will contribute to a better understanding of how DNA damage can lead to cancer. Aniek: "And this may enable us to develop better cancer treatments in the future." 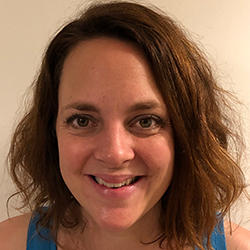 Natural RNA couriers
Pieter Vader works in the Laboratory of Clinical Chemistry and Hematology & Department of Experimental Cardiology on what he calls "RNA couriers naturally occurring in the body." RNA is part of our genetic code and can be used as a medicine for all kinds of applications and diseases. For example, RNA medication can activate cells in our body to repair damaged tissue. The same RNA can be used to activate our immune system to attack cancer cells in a tumor. The key question is how to get this RNA safely and effectively in the right place.

Pieter says, "They are large fragile molecules, which are at risk of being broken down in our bodies and cannot spontaneously penetrate the diseased cell. They must therefore be transported and delivered in a protected manner. Synthetic nanoparticles seem to be a good option, but they have the disadvantage that the body regards them as foreign. That's why we're now trying to find out whether we can use natural membrane vesicles for the release of RNA medication." That is what his research is about. First application: the heart. "Vesicles of stem cells have properties of their own that repair damage to the heart. We want to add therapeutic RNA molecules." 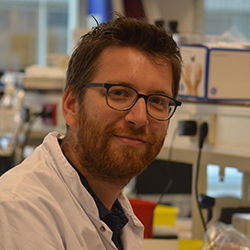 Detecting aneurysms
Neurologist Ynte Ruigrok is looking for smart ways to find risk factors for an aneurysm in the head. Three percent of the population has such a local dilation or bulge of a blood vessel. If an aneurysm bursts in a cerebral blood vessel, it leads to a stroke with serious consequences. Approximately one third of the patients die and a large proportion of the survivors suffer such severe brain damage that they never become their old selves again. "That's why it's so important to prevent an aneurysm from bursting," says Ynte.

Until now, the possibilities to detect an aneurysm in a timely manner have been limited and it only occurs in a small group of people with a family history of aneurysm. Ynte now wants to use machine learning to see if the so-called circle of Willis contains clues. "The circle of Willis is the vascular circuit of arteries that supply the brain with blood. Using machine learning, I will investigate whether the MRI shows differences in the circle between people in whom an aneurysm has been found and people in whom this is not the case. I want to combine the results of this research with genetic data and thus make a 'genetic MRI scan' of everyone." Ultimately, Ynte wants to develop a prediction model with which high-risk patients can be identified in good time. 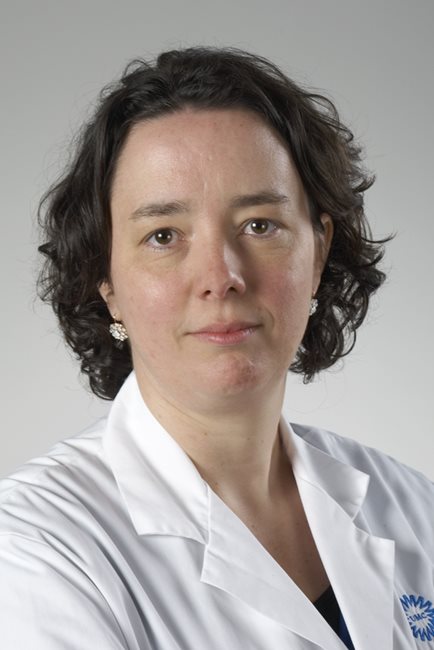 ERC Grants
Four hundred and eight early-career researchers have been awarded European Research Council grants in this year’s first completed ERC call for proposals. The highly-coveted funding will help individual scientists and scholars to build their own teams and conduct pioneering research across all disciplines. The grants, worth in total €603 million, are part of the EU Research and Innovation programme, Horizon 2020.