In Molecular and cellular biology, traditional research is dedicated to:

1) unravel acute functional relevance of individual proteins-SNPs-genes, including biomarkers as well as
2) mechanistic insights into their long term role in signal transduction – gene expression is the focus of the studies performed.

For this purpose, a closed circle consisting of 5 key methodology sections is relevant: 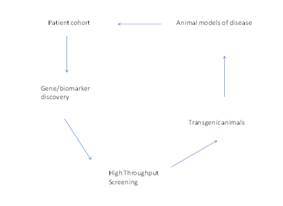 In this research area, several lines of research can be identified:

Development of aneurysms due to changes in vessel wall composition. Electron microscopy of endothelial cells.

In molecular and cellular biology, traditional research is dedicated to unravel acute functional relevance of proteins and genes, as well as mechanistic insights into their long-term role in signal transduction. Functional relevance of proteins-methodologies for the prevention, prediction and prognosis of atherosclerosis (aneurysms, angiogenesis, and platelets), heart failure and arrhythmias is the mission. An optimal interaction between data gathered in clinical cohorts and validated in applied research is the cornerstone of translational research. 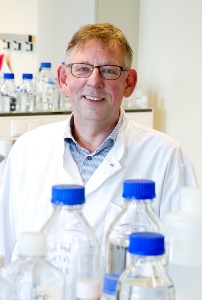