Genome wide association studies (GWAS) have identified single nucleotide polymorphisms (SNPs) in six genetic risk loci strongly associated with intracranial aneurysms. To develop medical treatment to prevent aneurysms from developing and subsequent rupturing knowledge on its pathogenesis is essential. To obtain this knowledge it is crucial to move from associated SNPs in GWAS loci to finding the causal variants and identifying their target genes and function of these genes. Causal variants of GWAS loci are hypothesized to reside within these regulatory regions with a major category of regulatory regions being enhancers. The research project is subdivided in different successive subprojects concerning a step-wise approach to identify and prioritize the crucial enhancer regions for intracranial aneurysms and their target genes. By integrating unique knowledge derived from state of the art techniques including  deep-sequencing, ChIP-seq, RNA-sequencing and the 4C technology followed by in vivo experiments in zebrafish the crucial regulatory enhancers regions and their target genes of these loci will be identified. Based on this knowledge the fundamental understanding of the pathogenesis of the disease will advance. In turn, this knowledge may lead to novel key target points in aneurysm formation for drug development in the future. 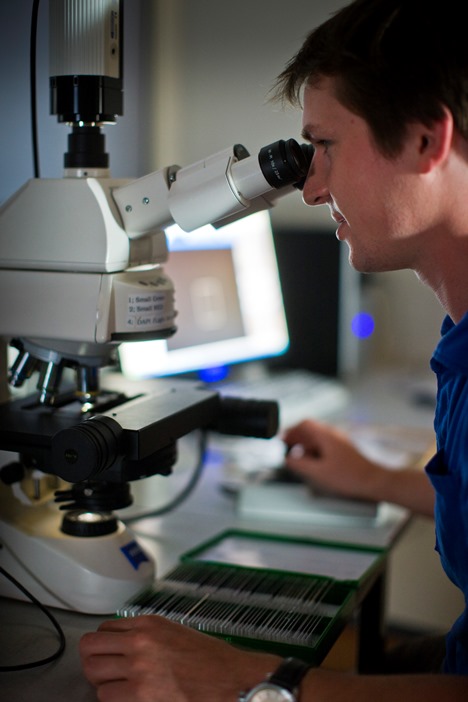 APACHE-AF: Apixaban versus antiplatelet drugs or no antithrombotic drugs after anticoagulation-associated intracerebral haemorrhage in patients with atrial fibrillation

Approach: APACHE-AF is a phase II, randomised, open, multi-centre clinical trial with masked outcome assessment. The study will include 100 adults with a history of atrial fibrillation and a recent intracerebral haemorrhage during treatment with anticoagulation in whom clinical equipoise exists on the optimal stroke prevention therapy. Patients will be randomised between apixaban 5 mg twice daily versus antiplatelet therapy or no antithrombotic drugs. All patients will be followed up for the duration of the study, but at least for one year. The primary outcome is vascular death or non-fatal stroke during follow-up.

Expected results: The results of the study will inform the design of a conclusive phase III clinical trial.

TOWARDS IMPROVED PREDICTION OF ANEURYSM RUPTURE

The only available treatment options to prevent subarachnoid hemorrhage in patients with unruptured aneurysms are surgical clipping and endovascular coiling. Both treatments carry considerable risks of unfavorable outcome due to treatment complications. In patient selection for preventive aneurysm treatment, physicians therefore have to weigh the balance between the risk of rupture and risk of treatment complications. Generally, only aneurysms with a large diameter or those in the posterior circulation are treated, since the risk of rupture is largest in those aneurysms. In contrast, aneurysms with a small diameter in the anterior circulation mostly remain untreated, since in these patients the high risk of procedure-related complications generally does not outweigh the low risk of rupture. Paradoxically, in most patients with aSAH the hemorrhage is caused by rupture of a small aneurysm in the anterior circulation, because these aneurysms by far outnumber other aneurysms. Therefore, a need exists to improve existing tools. In this study, we will investigate if recently identified aneurysm characteristics can be used to improve prediction of aneurysm rupture.

A familiar predisposition is the strongest risk factor for the development of intracranial aneurysms, which suggests a genetic background for aneurysms. This study aims to identify new candidate genes for the development and the subsequent rupture of an aneurysm, using a combination of a genome wide association study and a genome wide expression study. Also, we will assess whether these candidate genes can be analyzed as biomarkers in blood of aneurysm patients. Finally, we suggest common genetic risk factors for different types of aneurysms (i.e., in this study intracranial aneurysms and aneurysms of the aorta). By identifying common genetic risk factors, the unraveling of the genetic background of the aneurysms in general may be accelerated.

SAH is a relatively rare subset of stroke
Rupture of intracranial aneurysms results in subarachnoid hemorrhage (SAH), which has a high case fatality rate of 50%. SAH is a relatively rare subset of stroke. However, with a prevalence of 3%, intracranial aneurysms are not rare. These aneurysms may give rise to SAH in the near or distant future, but our abilities to predict which aneurysms are going to rupture and when are very limited. The overall aim of this study is to gain insight in the development and rupture rate of aneurysms and to detect potential markers that predict the risk of aneurysm rupture. For that we will use a unique combination of genomics and ultrastructural electron microscopy research to unravel the molecular and cellular processes involved in the development and subsequent rupture of intracranial aneurysms. In addition, we translate these findings to clinical practice by relating the ultra-structural markers identified to high-resolution 7T MRI flow, aneurysm and aneurysmal wall characteristics in aneurysm patients.

SCREENING AND FOLLOW-UP OF FAMILIAL AND UNRUPTURED INTRACRANIAL ANEURYSMS

Aneurysms develop and grow during life. This study assesses the yield, efficiency and cost-effectiveness of long term, serial screening in persons with a family history of aneurysmal subarachnoid hemorrhage. Since small aneurysms are often left untreated, we also study the yield of serial follow up using imaging in patients with small un ruptured aneurysms and determinants of future growth, with focus on both patient and aneurysm characteristics. The latter include configuration of the aneurysms and adjacent vessels. 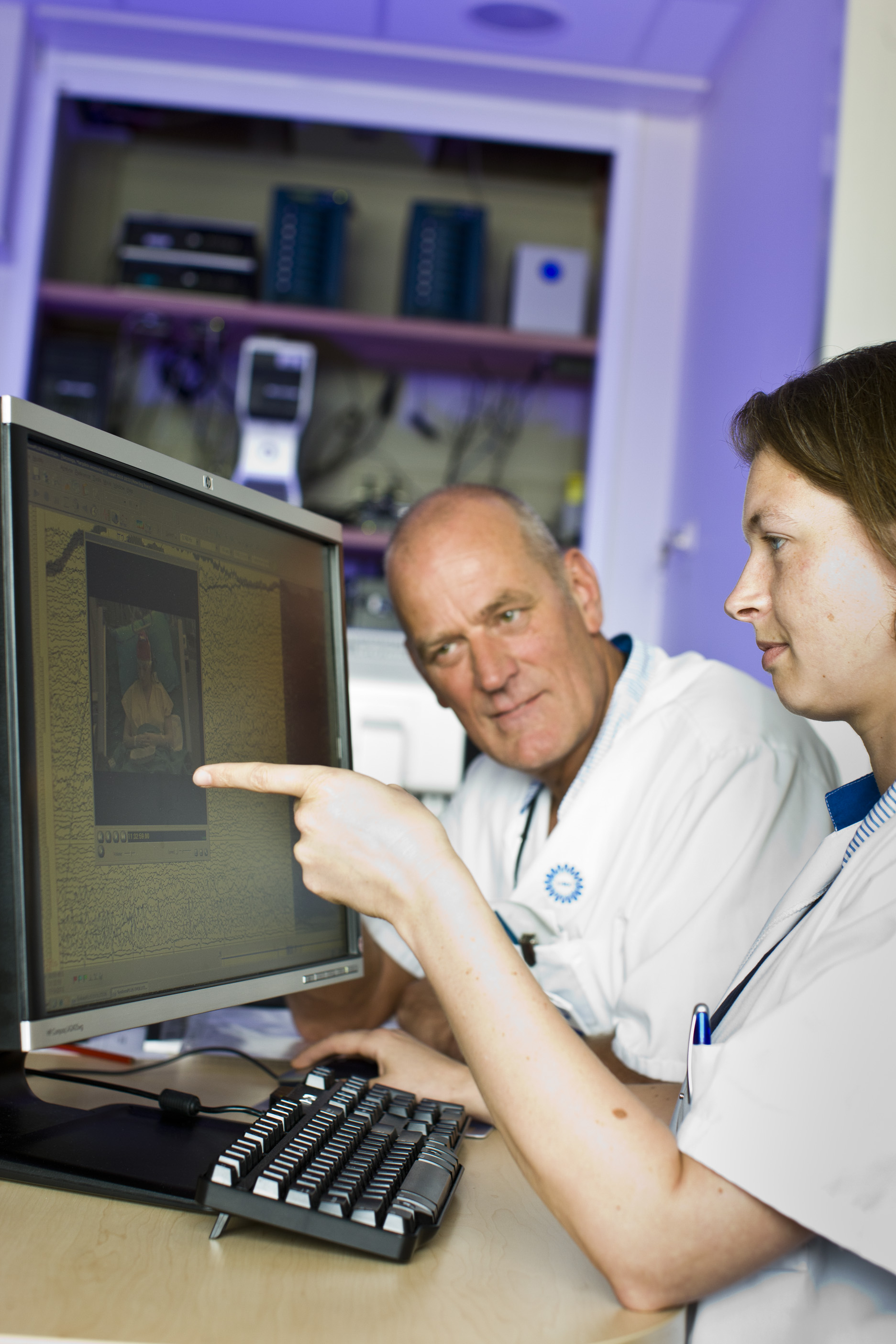 In this study we investigate the value of CT perfusion (CTP) in patients with aneurysmal subarachnoid hemorrhage (SAH). First, we review the literature on the relationship between CT perfusion and the development of delayed cerebral ischemia (DCI). Subsequently, we investigate if a delay-insensitive CTP algorithm is more reliable than a delay-sensitive CTP algorithm in detecting DCI after SAH. In addition, we will determine threshold values to differentiate between patients with DCI and patients without DCI and between reversible and irreversible DCI. Finally, we will investigate the relationship between perfusion measured on admission and cognitive outcome 3 months after SAH.

EuroHYP-1 aims to determine whether systemic cooling to a target body temperature between 34.0 and 35.0°C, started within 6 hours of symptom onset and maintained for 24 hours, improves functional outcome at 3 months in patients with acute ischemic stroke. This is a multi-center, phase III, randomized, open-label clinical trial with blinded outcome assessment in 1500 patients with acute ischemic stroke. The primary outcome measure is the score on the modified Rankin Scale (mRS) at 91 days, as analyzed with ordinal logistic regression and expressed as a common odds ratio.

In COOLIST the feasibility and safety of surface cooling to 34, 34.5, and 35˚C, started within 4.5 hours after the onset of acute ischemic stroke and maintained for 24 hours, are compared in 48 awake patients on a stroke unit. The design is that of a randomized, open, multi-center, phase II clinical trial
with masked outcome assessment. The primary outcome measure is feasibility, defined as the number of patients that has successfully completed the treatment strategy they had been assigned to. The study will provide information on the feasibility and safety of different surface cooling strategies on a stroke unit. A validation study, in which the two most promising treatment strategies will be assessed again, is anticipated. The results of the present trial and those of the validation trial will inform a conclusive phase III trial of surface cooling for acute ischemic stroke.
The study is carried out in collaboration with Skåne University Hospital Malmo, Sweden, UMC Groningen and the Erasmus MC Medical Center Rotterdam.

Aim: To compare the feasibility and safety of surface cooling to 34, 34.5, and 35˚C, started within 4.5 hours after the onset of acute ischaemic stroke and maintained for 24 hours, in awake patients on a stroke unit.
Approach: COOLIST is a randomised, open, multi-centre, phase II clinical trial with masked outcome assessment, comparing three different surface cooling strategies with standard treatment in 48 awake adult patients with acute ischaemic stroke and a score on the NIH Stroke Scale ≥ 6, admitted to a stroke unit. Patients are randomised to conventional treatment (n = 12) or to surface cooling to 34, 34.5, or 35°C maintained for 24 hours (n = 12 in each group). In all patients randomised to hypothermia, cooling is started within 4.5 hours after the onset of symptoms by means of intravenous infusion of 20 ml/kg cooled normal saline (4°C) over 30 to 60 minutes, followed by surface cooling. Shivering and discomfort are prevented and treated with intravenous pethidine and with oral buspirone. The primary outcome measure is feasibility, defined as the number of patients that has successfully completed the treatment strategy they had been assigned to. Secondary outcome measures include the time to target temperature, stability at target, complications, and the score on the modified Rankin Scale at three months. Based on an alpha of 0.05 and a power of 80%, 12 patients per group are needed to detect a difference in feasibility of 40%.
Expected results: This study will provide adequate information on the feasibility and safety of different surface cooling strategies on a stroke unit. The results will inform a conclusive phase III trial of surface cooling for acute ischaemic stroke.

Researchers: COOLIST is a collaborative project of the UMC Groningen, Erasmus MC and UMC Utrecht in the Netherlands and Skåne University Hospital in Malmö, Sweden. The trial is led by the UMC Utrecht. Principal Investigator: B. van der Worp. Study Coordinator: M. Geurts.

PAIS 2 will assess the effect of high-dose paracetamol on functional outcome in patients with acute stroke and a body temperature of 36.5°C or above. This is a multicenter, randomized, double-blind, placebo-controlled clinical trial in 1500 patients with acute ischemic stroke or intracerebral hemorrhage within 12 hours of symptom onset. The primary outcome is improvement on the modified Rankin Scale at 3 months, assessed with multivariable ordinal logistic regression. When prevention of an increase in body temperature with high-dose paracetamol will improve functional recovery after acute stroke, a simple, safe and very cheap therapy will be available for many patients with stroke worldwide.

This is part of a large study coordinated by the Erasmus MC Medical Center Rotterdam, involving 9 other medical centers in the Netherlands. 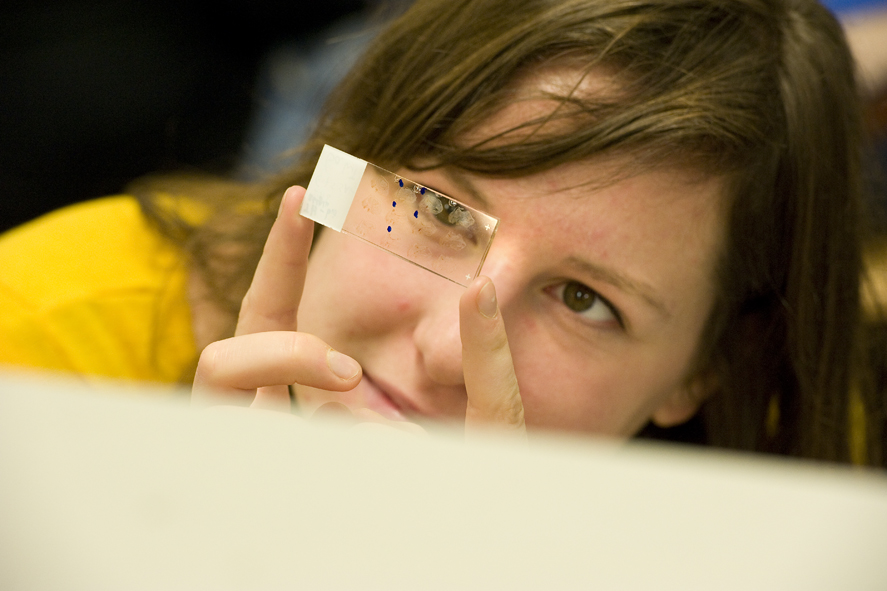 Aim: To assess the effect of high-dose paracetamol in patients with acute stroke and a body temperature of 36•5°C or above on functional outcome.

Approach: PAIS 2 is a multicentre, randomised, double-blind, placebo-controlled clinical trial. Fifteen-hundred patients with acute ischaemic stroke or intracerebral haemorrhage and a body temperature of 36•5°C or above will be included within 12 h of symptom onset. Patients will be treated with paracetamol in a daily dose of 6 grams or matching placebo for 3 consecutive days. The primary outcome will be improvement on the modified Rankin Scale at 3 months as analysed with ordinal logistic regression. The trial has a power of 85% to detect a significant difference in the scores on the modified Rankin Scale between the 2 groups at a level of significance of 0.05, assuming a treatment effect of 7%.

Expected results: If high-dose paracetamol will be proven effective, a simple, safe, and extremely cheap therapy will be available for many patients with acute stroke worldwide.